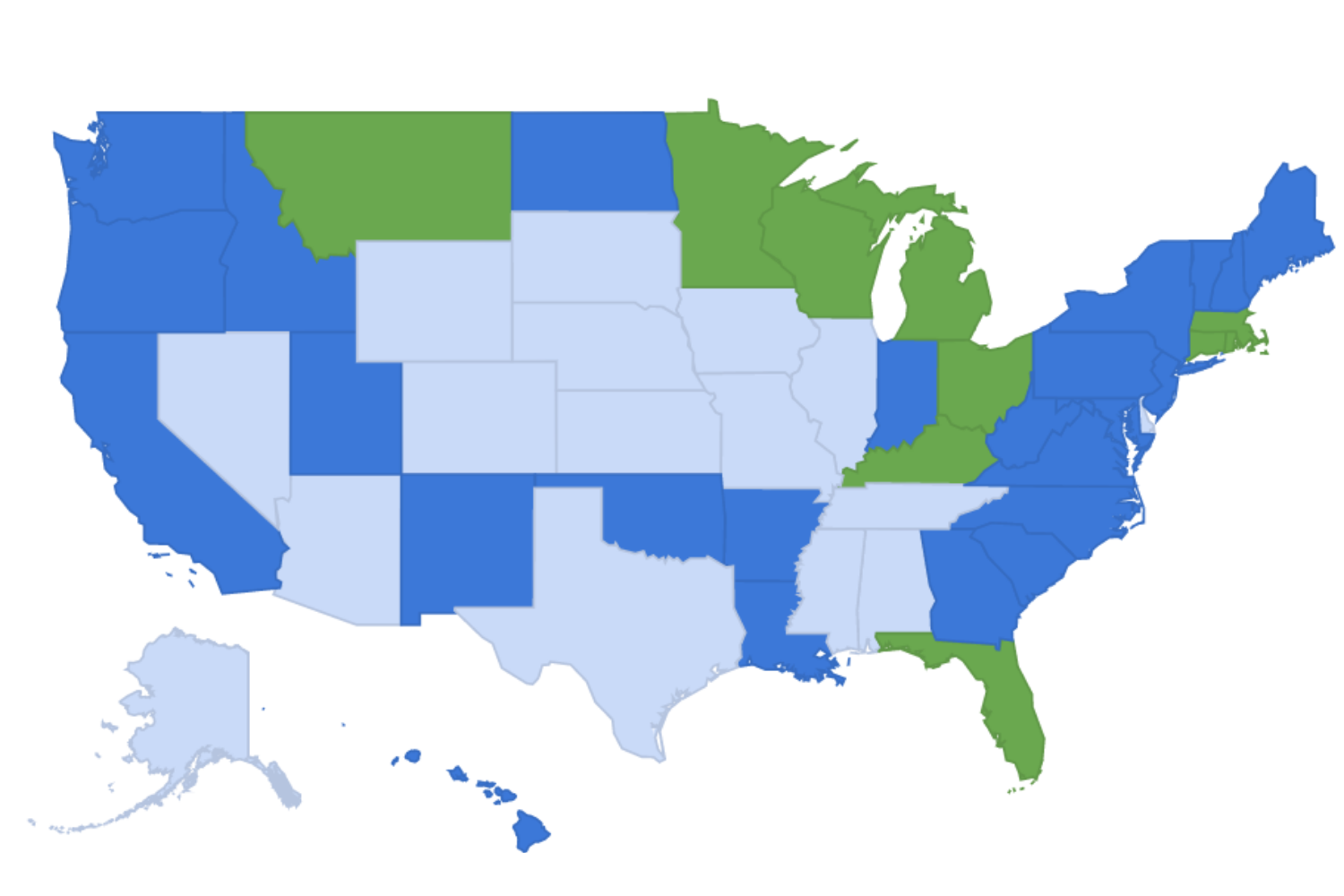 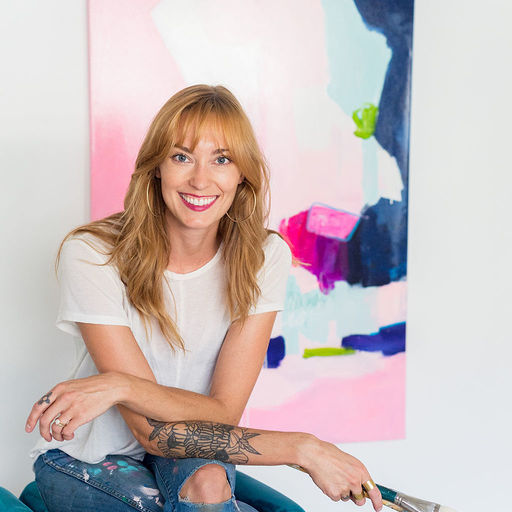 All 50 states have a different way of adopting and enforcing building codes. Do you know the rules in your state? Building code adoption is one of the most significant driving factors for roofing estimates being delayed or paid incorrectly because there are just so many unknowns. So, what states leave building code adoption at the local level (meaning the cities and counties decide which codes and amendments to adopt), and which states adopt building codes at the state level, and the ones in between? Let's dive into it. 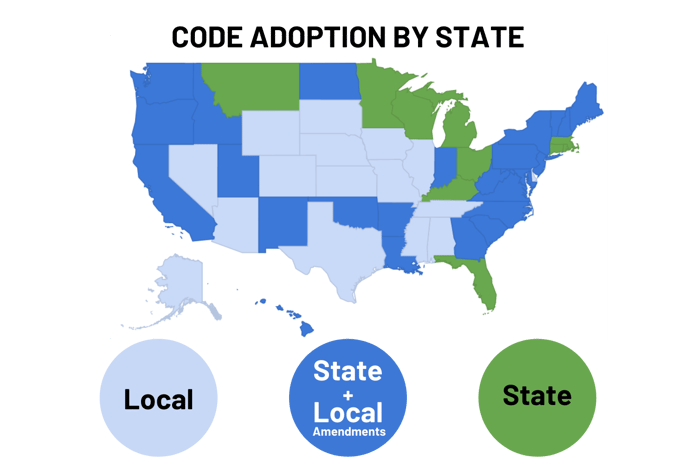 In states where building codes are adopted at a state level, there are no cities and counties that have differing codes. No matter if the project is in the hills or in the plains, if a project is in a State Code State the project will have the same building code requirements as the next house. There is not much room for argument between contractors and adjusters in these states over the topic of building codes. There are 10 states that follow the adoption of building codes at a state level with state amendments, meaning that the state decides on the codebook to adopt and does not allow for the individual cities or counties to make amendments to that code. What the state says, goes. 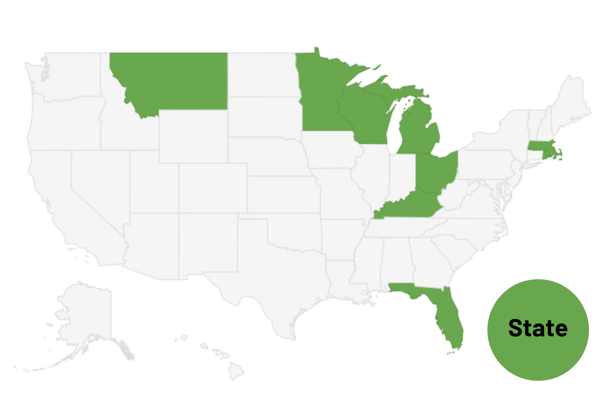 These states follow the adoption of building codes at a state level but require local municipalities to adopt various amendments. This means that the state decides on the codebook being adopted, but local cities and counties are expected to make various amendments to the state building code that reflects each municipality's unique geographical and weather situations. This usually occurs in states where there are varying climate zones and altitudes within one state.

One example of this situation is in Utah. A home in Cache County, Utah, outside of Paradise, Utah in the north of the state is required by the county to install an ice and water shield. On the other end of the spectrum, the city of St. George, Utah does not have a history of ice damming and therefore does not require ice and water shield on the eaves of residential roofs in their area. However, both municipalities still follow the state building code adopted by the State of Utah.

If a contractor or adjuster were to run these projects manually, meaning they would call the city or county to figure out which codes or amendments are adopted by that municipality, they would be given a “yes” or “no” related to the installation requirement of an ice and water shield. But, they would still need Table R301.2(1) to back up their information. There is now a resource for contractors and adjusters to use that provides the evidence they need to complement their estimates.

We have spoken with numerous contractors saying that they don't need services like OneClick Code because their state is a "State Code State" and then they reference the above states. This lends itself to having the wrong information on an estimate because each city and county within these states could have a different amendment than the next! States that have local amendments to state codes require more documentation than others to "prove" their accuracy. The states in this section need to be treated like - what we are calling - "local code states". See below to learn what "Local Code States" are.

There are 16 states that follow building code adoption at a local level, meaning it is up to each individual city and county within these states to adopt and enforce a specific building code. These states are the most challenging when it comes to gathering building codes because a house right down the street from another can require different codes which can directly impact a roofing estimate by more than 25 percent! Jurisdiction is the most important factor when it comes to creating a roofing estimate, but is often the most overlooked piece of the puzzle.

Every property in the U.S. is given a U.S. Postal Address. This address, though a good identifier of location, does not dictate jurisdiction over the property. Let's say that again, a property address does not give you the correct jurisdiction for a property. Forty percent of residences across the U.S. are located in an unincorporated part of a county, but still receive a city name in their postal address.

Proceed with caution if one claims that they "know" the code because jurisdictional boundaries are invisible and arbitrary and can change regularly within growing cities. So how does a contractor or adjuster find the jurisdiction that has authority to issue building permits over a property? Well, now they can use OneClick Code, the first-ever company to automate building code data for the roofing industry.

OneClick Data Inc. is a trusted data partner dedicated to streamlining the code-sourcing process for all parties in the roofing industry while increasing efficiency and transparency for all stakeholders in construction and restoration. They have the only platform, OneClick Code, to have blazed the trail for data automation of jurisdictional authority for building codes, permit fees, taxes, and manufacturer specifications required for any address nationwide. OneClick Code has been serving customers in the contracting, insurance, and claim adjusting fields by providing instant access to trusted roofing codes with the click of a button. Offering unique reports that can be easily shared between all stakeholders in the roofing claims industry, OneClick Code adds value to all parties and empowers customers to save time and money on every claim. Welcome to restoration intelligence, automated. To learn more, visit www.oneclickcode.com.

get the building codes you need

Save an hour on your next roof 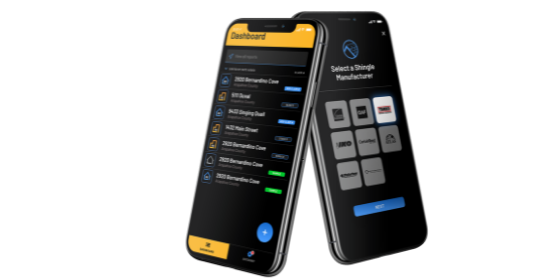